“Christianity persecuted, tortured, and burned. Like a hound it tracked the very scent of heresy. It kindled wars, and nursed furious hatreds and ambitions. It sanctified, quite like Mohammedanism, extermination and tyranny . . . ”

Thomas Paine – Can you believe this comes from a founding father?

“Whenever we read the obscene stories, the voluptuous debaucheries, the cruel and tortuous executions, the unrelenting vindictiveness, with which more than half the Bible is filled it would be more consistent that we call it the word of a demon than the word of God. It is a history of wickedness that has served to corrupt and brutalize.”

“The idea of a good society is something you do not need religion and eternal punishment to buttress; you need a religion if you are terrified of death.” -Gore Vidal 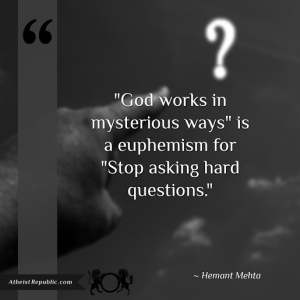 Your smile is your logo, your personality is your business card, how you leave others feeling after having an experience with you becomes your trademark. -Anonymous

There is a core belief that when certain topics arise, particularly around politics or religion, they are best ignored. It is assumed that if you go into those deep waters you will soon drown in unsubstantiated facts and opinions. Based on certain prejudices that are sure to overwhelm a fact-based encounter, these prejudices reveal one’s animosities and cultural influences. When pressed for their argument’s support an emotionalized reaction is often what you get with name-calling and sarcasm about one’s ancestral heritage. Pedigrees are often questioned and identification with a non-affiliated group is put to a stringent litmus test. Why does it have to end this way? Either, “you do (this) or I will do (that).” Fill in the blanks. Apparently, conformance is comforting.

What does conformance look like in a group? It is the picture of satisfaction, no worries, straight thinking – think the same, stay away from conflict, always have an answer even if it might be a trite one. They say; “No matter, we have faith. Faith in what we believe. We have enough faith to carry us through any question or criticism about our belief system.” That is the essence of conformance. You either accept it or you are considered an enemy to a way of life and thought.

In most cases positive human interaction and the appearance of social harmony is dependent on thinking similarly. This kind of phony congruence becomes a roadblock to new ideas and solutions for it is often in disagreement that learning takes place. I learn when someone picks apart my argument, takes on my thinking, challenges my thought processes and conclusions. So, why are we threatened by questions calling out our thoughts, revealing our thinking errors? Because we are uncomfortable being wrong! It can be embarrassing, especially when an idea from outside the group penetrates the group in spite of strong resistance.

Thinking is the core of our conscious being. It is where we process the data that presents itself in various forms to our organs of perception. And, since we take our conclusions seriously, while observing them up close and personal, they become an intimate part of us. The result of this process is that we find ourselves becoming defensive when challenged, the worst kind of hindrance to an open mind. Being on the defensive is uncomfortable and emotionally draining.

So, what does one do in the pursuit of truth and clarity? If that is your desire be prepared to accept the possibility there will be those who will distance themselves from you as it is you and your ideas that make them uncomfortable. Refusing to conform, some of the greatest thinkers have even sacrificed their lives for the truth as they understood it. That takes a great deal of stamina, confidence and a clear mind with the realization that it will be uncomfortable, very uncomfortable, and perhaps lethal.