The Mind of a Progressive… 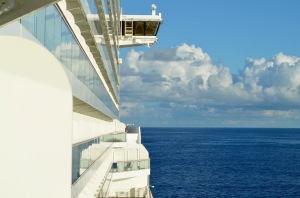 When demonization is directed at various public officials, such as Obama and Clinton, it is clear that one feels threatened by their activity or, as in Clinton’s case, potential activity as President. It is always about fear of change or a threat to the current behavioral regimen that is threatened by realignment of values. A Progressive approach to life and living gives rise to new ways of thinking and being. It often forces us to look at our ways of thinking and our prejudices, some of which were formed by legislative and religious bodies no longer as influential amongst the general populace. The social pendulum appears to be seriously swinging toward a liberal POV and that is threatening to the many who are shaken by change as if the very ground they walk on is trembling. Change is inevitable. The frequency, duration and intensity of change is what distinguishes one kind of change from another. There is a tectonic shift going on among the social plates known to be stable in our past but now taking on the current momentum stirred up by the desire to drop religious pretenses to piety through social behavior. Rules of order and appropriate behavior are now encouraged to be innate rather than external as religion and certain philosophical approaches are questioned as to their veracity, value and ultimate effectiveness.