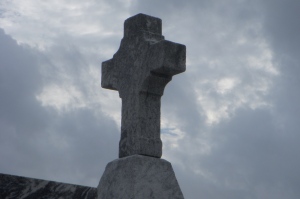 The hue, cry, and pious reaction over a Muslim having the audacity to write a book describing the milieu out of which the message of Jesus arose is disturbing. If this kind of logic were transferred to that of a Christian attempting to write and research Muslim personalities there would be few books to help and assist us in understanding Islamic culture. It often takes a person outside the faith to help us see ourselves as we really are.

Dr. Aslan, though a Muslim, wasn’t always so. For many years he was a Christian as are several members of his family who currently practice their Christian faith. Dr. Aslan has turned from Christianity to Islam. This religious identification change is what appears to disturb most potential readers. And why? I am told he calls to question some of the basic doctrines of Christianity. As I have not read his book yet I cannot comment on its content. However, getting an outside view of the faith is always helpful in causing each of us to question what, how and in whom we believe.

It is my belief that there are many who fear Dr. Aslan’s assertions are right and for that reason will do their best to avoid his arguments. That is sadly true of many who would hide behind their faith rather than challenge their intellect. If there be a God, this human attribute we call “intellect” was given us by Him. Would He give us something we should not use when it comes to questions of faith and, more directly, faith in God? I hope not!

I am "non-religious", not an atheist as some suppose, since after reading what I have written many wonder if I believe in "God", I just don't have a name for the concept, "God", nor do I have an origination story or theological mystery tour to stretch your faith. (I have no proof of what I believe and I wonder if my belief in "God" is supportable as I have increasing doubts.) I just can't accept an inflexible point of view that says, "I know what you need, and I know what you should know and here it is, you can have it too." Religionists present yet another obstacle to finding "truth" as they claim to have succeeded exclusively in finding it. Having been a part of the religious scene for years it is clear to me how easily duped we are to believe in something we have no proof of, has caused an abundance of divisions, and "territorialized" people into believers and non-believers. Furthermore, my belief in "God" equates to the larger perspective which includes an awareness of "God" in everything. I speculate at times whether or not consciousness is "God" So, my belief in "God" does not necessarily match up to the Christian/Judaeo tradition of a being existing somewhere in the beyond or in one's "heart". If there is a "God" he/she/it could be anywhere and in anything. Though I believe in God, it is not a belief in the God of Scripture. Too many “holes” in Scripture to satisfy my inquiring mind. It may indeed point me in the right direction but I find it not only unreliable but full of plagiaristic thought and re-writing of some of history’s interesting solutions. I much prefer to trust the minds of men and women who conjecture on the basis of what we now know of our universe than those men and women who trust the minds of ancient spiritual guides who, in turn, contributed to a book allegedly “inspired” by God. It is all unprovable, either side of this argument, but I prefer to invest most of my thinking in current ideas rather than those that show little support in logic. Do I hear an "Amen"? END_OF_DOCUMENT_TOKEN_TO_BE_REPLACED
This entry was posted on Wednesday, July 31st, 2013 at 1:10 pm and tagged with Aslan, book, faith, intellect, Islam, Muslim, Religion and posted in Uncategorized. You can follow any responses to this entry through the RSS 2.0 feed.
« Indians and Land
Regrets »