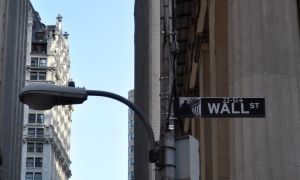 “The final clash between our current economic morality and the ethic of Jesus is over the nature of man. The capitalist economy rests on the hypothesis that man is a creature who prefers material comforts to moral values, who would rather have an increase in goods than in the quality of existence. The only future it can offer man is one in which he will get more conveniences but less freedom, justice and fellowship… The ethic of Jesus rejects this estimate of human nature; insists moreover that the very making of it is the negation of personality, whose essence lies in the making of choices and whose development consists in preferring moral satisfactions to material… The central issue in the conflict between our economic morality and the ethic of Jesus is this difference of judgment concerning the capabilities of man.” -Harry F. Ward, Our Economic Morality

The disparity between that of the worker and our capitalistic structures continues to grow ever wider. What will it take to restore the middle class and its subjugation to that of those in positions of control over their destiny?

I am "non-religious", not an atheist as some suppose, since after reading what I have written many wonder if I believe in "God", I just don't have a name for the concept, "God", nor do I have an origination story or theological mystery tour to stretch your faith. (I have no proof of what I believe and I wonder if my belief in "God" is supportable as I have increasing doubts.) I just can't accept an inflexible point of view that says, "I know what you need, and I know what you should know and here it is, you can have it too." Religionists present yet another obstacle to finding "truth" as they claim to have succeeded exclusively in finding it. Having been a part of the religious scene for years it is clear to me how easily duped we are to believe in something we have no proof of, has caused an abundance of divisions, and "territorialized" people into believers and non-believers. Furthermore, my belief in "God" equates to the larger perspective which includes an awareness of "God" in everything. I speculate at times whether or not consciousness is "God" So, my belief in "God" does not necessarily match up to the Christian/Judaeo tradition of a being existing somewhere in the beyond or in one's "heart". If there is a "God" he/she/it could be anywhere and in anything. Though I believe in God, it is not a belief in the God of Scripture. Too many “holes” in Scripture to satisfy my inquiring mind. It may indeed point me in the right direction but I find it not only unreliable but full of plagiaristic thought and re-writing of some of history’s interesting solutions. I much prefer to trust the minds of men and women who conjecture on the basis of what we now know of our universe than those men and women who trust the minds of ancient spiritual guides who, in turn, contributed to a book allegedly “inspired” by God. It is all unprovable, either side of this argument, but I prefer to invest most of my thinking in current ideas rather than those that show little support in logic. Do I hear an "Amen"? END_OF_DOCUMENT_TOKEN_TO_BE_REPLACED
This entry was posted on Monday, August 5th, 2013 at 5:19 pm and posted in Quotes. You can follow any responses to this entry through the RSS 2.0 feed.
« Regrets
Selfish Indians? »